As always, 2021 has been both a year of setbacks and advances in freedom of religion or belief (FoRB) around the world. Many challenges remain as the year draws to a close, but there are also many reasons to hope and persevere as we seek to continue to rise up and stand up for all those who are suffering because of their illness. religion or their beliefs. 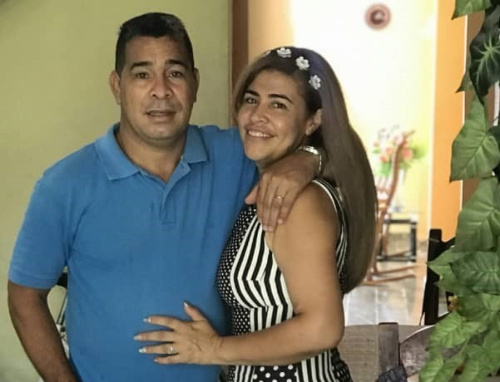 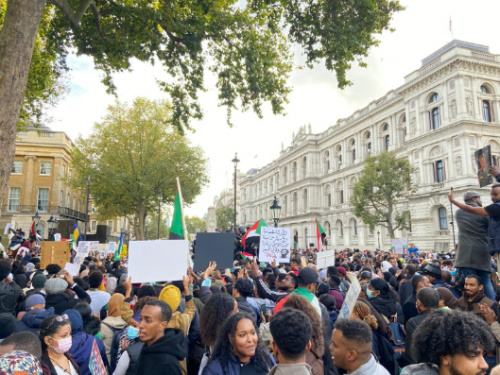 Stories from 2021: Top – Aftermath of an airstrike in Karen State in Myanmar; Middle – Pastor Lorenzo and his wife Maridilegnis; Bottom – Anti-coup protesters outside the Sudanese Embassy in London. ALL PHOTOS: Courtesy of CSW.

As always, 2021 has been a year of both setbacks and advances in freedom of religion or belief (FoRB) around the world. Many challenges remain as the year draws to a close, but there are also many reasons to hope and persevere, as we seek to continue to stand up and stand up for all those who suffer because of their religion or belief. â€

In February, the Burmese army, known as Tatmadaw, seized power in a coup, raising concerns about the plight of the country’s ethnic nationalities, many of whom are also religious minorities, who have suffered violations at the hands of the military for decades. Sadly, those concerns turned out to be true, with the remainder of the year marked by military attacks on civilians, the destruction of places of worship, and the murder of religious leaders among one host of other violations.

Similar concerns have now emerged in Sudan, where the military has seized power in a cut October 25, effectively ending two years of fragile democratic transition. The situation remains uncertain and highly volatile, with reports of the targeting of individuals who worked for the government led by civilians, while those loyal to the old regime have returned to power.

In Afghanistan, the return to power of the Taliban has raised many fears for women and religious minorities in the country, with CSW raising a particular concern on credible allegations of house-to-house searches, summary executions, forced marriages, enforced disappearances and murders of members of ethnic minority communities. The emergence of the Islamic State – Khorasan Province (IS-K) has further compounded these concerns, with the group responsible for several terrorist acts attacks targeting in particular the Shiite community.

Of course, in many other countries that CSW is working on, the situation has remained unchanged or even deteriorated further throughout 2021. In Nigeria, the government is still not responding adequately to threats posed by armed non-state actors in the northern and central states of the country, and to defend the right to the ForB in the 12 sharia states of the country. In China, Xi Jinping and the Chinese Communist Party continue to oversee widespread and flagrant violations the FoRB and a host of other basic human rights, especially in the Uyghur region, where between one and three million Uyghurs, Kazakhs and members of other predominantly Muslim ethnic groups are said to be held in so-called political re-education camps.

These are just a few examples that help paint the grim picture facing many faith or belief communities around the world today, but as Paul writes in I Thessalonians (5: 16-18), we are encouraged to “always rejoice, pray continually [and] give thanks in all circumstances â€, and, if we look back to 2021, there are still many reasons for this in our work.

In July, for example, we saw unprecedented national protests in Cuba where thousands of citizens have taken to the streets to condemn the decades-long seizure of power by the Communist Party, repression of human rights and pro-democracy movements, and handling the COVID-19 pandemic. The government responded with unsurprising force, and many problems, including the continued detention of Pastor Lorenzo Rosales Fajardo, need urgent international attention. However, we rejoice in the courage and perseverance of the Cuban people and we stand by their side as they continue without fear to call for change.

Likewise, we are inspired by the courage of the people of Burma and Sudan in response to the aforementioned coups in these countries. In both countries, thousands of citizens have taken to the streets, standing adamantly against those who seek to restrict their rights and freedoms, and in some cases even take their lives.

Elsewhere, we have seen answered prayers in Pakistan, where, after seven years on death row, Christian couple Shafqat Emmanuel and Shagufta Kausar had their sentences quashed on June 3. The couple had been sentenced under the infamous blasphemy laws in 2014, after being accused of sending disrespectful text messages to the Islamic prophet Mohammad. Many others remain in jail facing similar charges; however, the case of Mr. Emmanuel and Ms. Kausar is a precious reminder that justice can and will break through, and it inspires us to continue campaigning for the rights and freedoms of those like them.

In the words of Reverend Martin Luther King, Jr, who paraphrased US Minister Theodore Parker: “The arc of the moral universe is long, but it leans toward justice.” As we reflect on 2021, we can see this manifesting itself, even amid ongoing trials and challenges, and remain more committed than ever to achieving a world in which everyone is free to believe.