In Brooklyn, some rabbis are asking their followers to refuse free food from “Zionists”

(New York Jewish Week) — Two years into the pandemic, many Hasidic families in Williamsburg, Brooklyn, are struggling to make ends meet: Lost jobs, rising prices and large families mean the cost of holding a Passover seder may be out of reach for many religious families without charitable assistance.

One of the biggest organizations filling the void is the Metropolitan Council on Jewish Poverty, which runs a warehouse at 5561 Preston Court offering kosher basics. The Met Council plans to distribute free food to more than 300,000 families this Passover season in Williamsburg and other areas of the city.

On Sunday, less than a week before Passover, nearly 3,000 families received basic items provided by the Met Council and a local organization, United Jewish Organizations of Williamsburg, at the UJO Distribution Center at the Brooklyn Navy Yard. Thousands of boxes of kosher grape juice, eggs and fresh produce were offered as cars driven by Orthodox Jews lined up for more than a mile.

And yet, despite this, a faction within the Satmar Hasidic community of Williamsburg is warning followers not to accept food from the charity. According to an executive order circulating in the weeks leading up to Passover, accepting donated food is prohibited because the Met Council and its partner, UJA-Federation of New York, are “Zionist” organizations that “hold all the abominations of the world.”

The interior of the United Jewish Organizations of Williamsburg distribution center at the Brooklyn Navy Yard, where thousands of families receive free Passover food provided by the Metropolitan Council on Jewish Poverty. (Jacob Henry)

“Their intention is to build bridges and unite the non-believers and Haredi communities in New York to presumably push for us to be one nation, God forbid,” says the executive order, signed by 11 rabbis. , in Hebrew (“haredi” is a Hebrew name for strictly Orthodox Jews).

“Therefore, it is certainly forbidden to take advantage of money from them,” the decree reads. “The guardian of his soul and the soul of his house will be far from this money.”

The decree appalled some members of the Satmar community, which is notoriously divided into factions headed by two different chief rabbis. And despite the decree, according to some observers, followers of the 11 rabbis who signed the decree continue to accept food from the Met Council, while even some of the signatories source their food from the agency and say that it comes from Satmar philanthropists.

The executive order echoes essays in newspapers serving the Satmar community, which allege Zionist and Reform Jews are infiltrating the Satmar community through the Met Council and the federation. One article states that funding for these organizations comes from “criminals and infidels”, prohibiting anyone from taking food from them.

The Satmar are a large and growing Hasidic movement that seeks to separate itself from the secular world, as well as other Jews who do not share their strict interpretation of Jewish law and custom. Satmar and many other Hasidic movements do not accept political Zionism, claiming that the establishment of the Jewish state before the coming of the Messiah is a violation of God’s plan. Met Council and UJA-Federation are non-denominational non-profit organizations that work across the Jewish ideological spectrum.

“We are people who obey the Torah,” said one of the rabbis who signed the decree, and who requested anonymity. “The others, they don’t keep the Torah. We are at war with them. It is a war between people who believe in God and those who do not believe in God.

This teaching, he said, comes from the founder of the Satmar community, the late Chief Rabbi Joel Teitelbaum.

And yet, even within Satmar, there are divisions, particularly between one faction in Williamsburg and another in Kiryas Joel, a Satmar community in suburban Orange County, New York.

A Williamsburg community member, who requested anonymity because he feared reprisals, said the executive order was the product of a far-right Satmar faction in Brooklyn which he compared to the ‘Taliban’ , referring to the extremist Muslim group in Afghanistan.

“Williamsburg is run by this Taliban group,” he said. “There are a few rabbis. They give decrees and everyone must follow. Whatever you do, you risk being expelled.

The same community member said that while these rabbis told their subscribers not to take food from the Met Council and UJA, some of the signatories were themselves distributing food distributed by Met Council distribution centers. .

“Their own people receive food from these rabbis in their shuls,” he said. “People don’t know the food is from the Met Council.” 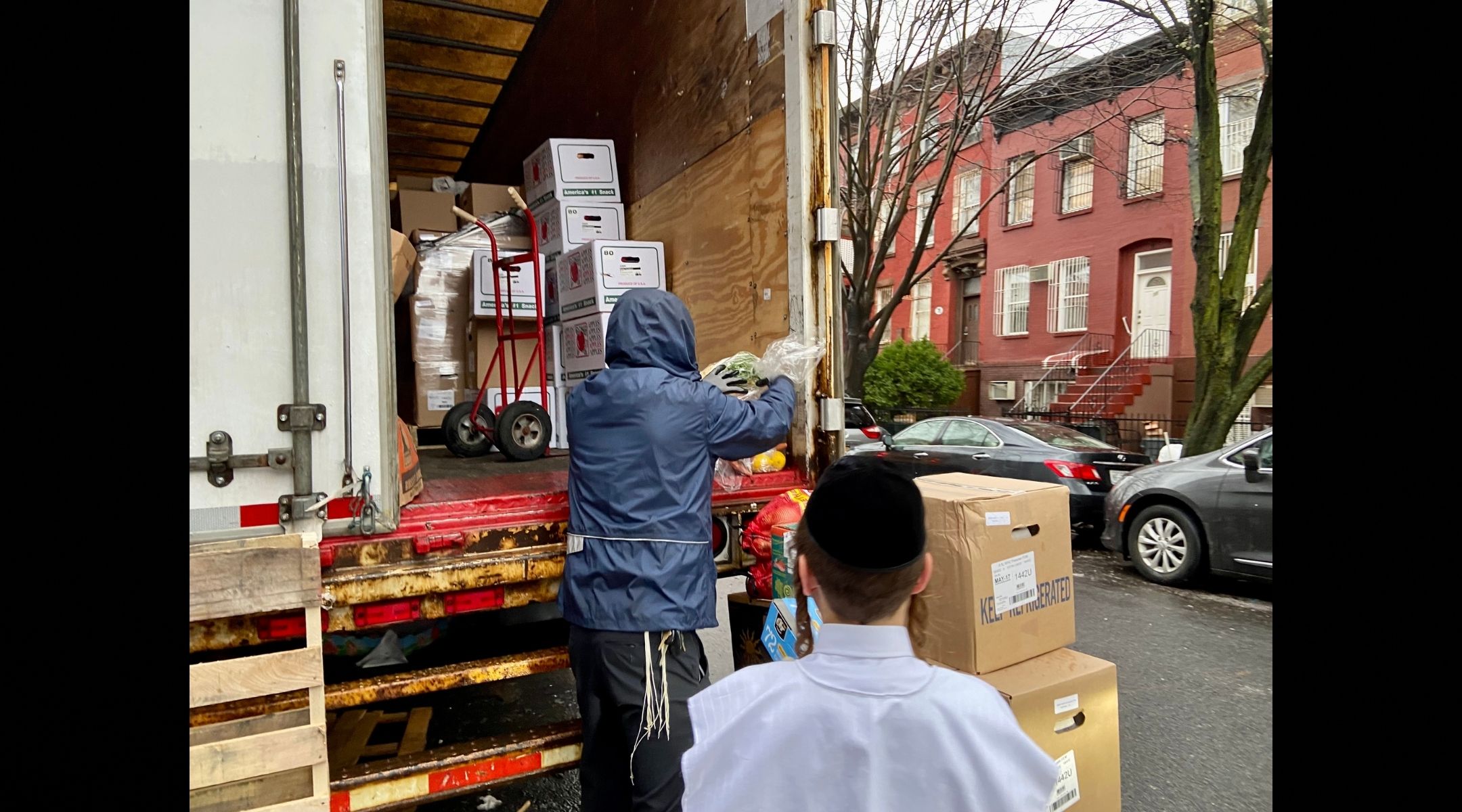 The rabbi who signed the decree and who spoke to New York Jewish Week confirmed that some rabbis were handing out food from the Met Council.

“Maybe some rabbis forgot about the decrees,” he said. “But it’s only two or three people doing it. Nobody else knows it’s Met Council food. He declined to name names, but said he felt pain that it was happening.

“It hurts me,” the rabbi said. “The community is unaware of this, and it is happening in many places. People get food and they don’t know it comes from the federation.

He also said that when people ask how they received the food, the rabbis simply tell them it’s “charity or tzedakah.”

“They say it’s from fundraising or from different stores, but never from the Met Council,” the rabbi said.

“They twist people for their own good,” he said. “Even though there are still official edicts about it, in the information age there is more knowledge about it. Knowledge will set you free.

Rabbi David Niederman, eexecutive director of the United Jewish Organizations of Williamsburg, which often advocates for Satmar’s interests, says that few people listen to the decrees.

“The lines of people standing there means they’ve seen the brochure and they don’t care,” Niederman said. “They can send it. We don’t have time to speculate what someone in their bunker decides to post.

He, however, denied that the rabbis distribute food to the Met Council and pass it off as their own, calling it “fake”.

Met Council CEO David Greenfield said he was used to these executive orders, which come out every year. That hasn’t stopped the organization from partnering with big Satmar groups in Williamsburg such as UJO.

“They’re just fringe groups,” Greenfield said of the naysayers. “I’m very direct, but they don’t like us because we support Israel. They are widely discredited and should not be taken seriously.

Greenfield said he was aware of allegations that the rabbis who signed the decrees continue to take food from the Met Council.

“We know these communities are getting food,” he said. “And if some people want to play a game where they slap us with one hand and then take food with the other, that’s fine with me. The last thing I want is for people in the community to suffer because of a handful of radicals.

He added that the highest level of charity is helping people without receiving credit.

“As long as people who need food get food, it doesn’t matter how they get it,” Greenfield said.

When asked how the community would be able to feed its people without the Met Council, the decree rabbi replied “they would be fine.”

“The rabbi told us 50 years ago to live like this, and we still do today,” he said. All these other people, they are against our belief.

Chaim Levin contributed to this report.