(RNS) – As California aims to become a sanctuary for out-of-state patients seeking abortions, Kathleen Domingo, executive director of the California Catholic Conference, calls on Catholics to recognize this as “our moment “.

“We’re in a position here in California where we really have a fight on our hands,” Domingo told Current News, a Catholic news broadcast, Monday, December 20.

Domingo sees this as a time for Christians to come together to support local pregnancy resource centers and life-affirming pregnancy clinics and for Catholic parishes to reach out to families and women in the need.

â€œThis is just the time for our Catholic community to do more of what we’ve always done and be very intentional that we are helping people,â€ Domingo told Religion News Service. â€œWe are equipped to be able to do it. “

Expecting a wave of pregnant women seeking abortions to flow to California if the United States Supreme Court overturns Roe v. Wade, the California Future of Abortion Council, which includes more than 40 abortion providers and advocacy groups, published a list in early December of 45 recommendations for the state, as Governor Gavin Newsom put it, to “support this fate.”

â€œWe will be a sanctuary,â€ Newsom said.

Newsom said some details of the report would be included in its budget proposal in January.

The report recommends funding – including public spending – for travel, accommodation, and childcare costs for those seeking an abortion in the state, as well as reimbursement of abortion providers for the services. to those who cannot afford to pay.

Advocates want to increase the number of abortion providers with the proposed California Reproductive Scholarship Corps, open to those training as doctors or nurse practitioners in underserved areas of the state. They also want to demand primary care and family medicine education programs to provide training in abortion care.

Thousands of abortion opponents march in the 15th annual March for Life in downtown San Francisco on January 26, 2019. The event, which included a Roman Catholic mass and a rally at the Civic Center Plaza, took place in the run-up to the 46th anniversary of the United States. Roe v. Wade of the Supreme Court who legalized abortion. (AP Photo / Juliet Williams)

The report also seeks to assess the gaps in access to abortion in areas of the state primarily served by hospitals and faith-affiliated health systems, stating that patients “must be able to access a full spectrum. health care â€, including abortion, contraception and gender care. , that they “need and deserve, no matter where they receive their care.”

Abortion providers and their allies aim to enact legal protections for abortion patients and providers and to combat what they say is misleading abortion information perpetuated by so-called crisis pregnancy centers .

The abortion council report quoted “The Alliance: State Advocates for Women’s Rights and Gender Equality, A survey of crisis pregnancy centers in seven states, including California. He found that “the sexuality-related content in programs (pregnancy crisis centers) sometimes included religious and shame-based messages, as well as damaging stereotypes about women, LGBTQ + youth and non-traditional families.” .

While some state Christian leaders and organizations condemn the list of recommendations, other religious leaders outside the state applaud the plans for the California abortion sanctuary.

For Reverend Amelia Fulbright, pastor of the Austin Congregational Church, hearing about California’s plans to make it easier for people living out of state to access abortion care brought a sense of relief. .

â€œAnything that can be done to make it easier for pregnant women to access abortion care when they need it is welcome at this point,â€ Fulbright said.

Fulbright is one of a number of religious leaders advocating for access to reproductive health care in Texas, where a new law allows anyone to sue those who help a pregnant person have an abortion after six weeks of pregnancy.

â€œIn Texas we have a state abortion fund and we have clergy who help people get to neighboring states where they can get abortion care, but we hear that states neighbors already feel strained by the additional patients coming from Texas. added Fulbright.

Fulbright believes it’s crucial that believers reclaim public discourse on reproductive health from what she sees as “the grip of patriarchal religion and politics.”

But for Domingo, the abortion council’s recommendations are “disappointing and misleading.”

Shortly after the publication of his report by the California Future of Abortion Council, Domingo published a long statesment on behalf of the California Catholic Conference, noting how “very blatantly the report calls for violating the protection of the conscience of medical students by forcing them to be trained in abortion procedures.” 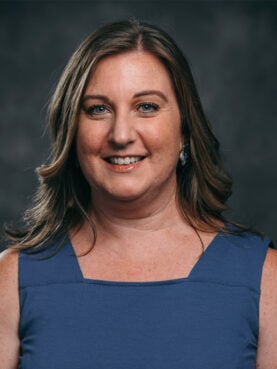 “And, he seeks to force Catholic health care to offer abortions or shut down, especially in remote areas where Catholic hospitals provide services to some of the state’s most underserved people,” he said. detailed Domingo in his statement.

Christian groups are also rallying around the state’s 160 pregnancy resource centers, many of which are near abortion clinics, in hopes that people can seek advice before choosing abortion.

Jonathan Keller, President and CEO of the California Family Council, told The Associated Press that about half of the state’s pregnancy resource centers are medical clinics, while the remainder are faith-based counseling centers.

Keller said many of these centers are already planning to increase their staff if California receives an influx of patients.

On Tuesday, the California Family Council, an organization dedicated to advancing “God’s purpose for life, family and freedom,” hosted a webinar to stop what he described as “Newsom’s ‘abortion sanctuary’ program.” Panelists condemned the report, calling it “abortion tourism” and calling those in the California Future of Abortion Council “extremist groups.”

Allison Martinez, executive director of the California Alliance of Pregnancy Care, participated in the panel and said that pregnancy centers and clinics are “a precious commodity in our communities” that offer same-day pregnancy tests and ultrasounds in the same week.

The California Alliance of Pregnancy Care aims to “promote alternatives to life-affirming abortion” and has said on its website that it is advocating for reproductive justice in California.

â€œOur hope is to unify centers and clinics across our state so that we can have a voice in Sacramento,â€ Martinez said.

David Bereit, a Catholic anti-abortion strategist, urged during the panel that people should get involved by becoming â€œsidewalk advocates,â€ starting Students for Life chapters in their schools and participating in March events. for life.

Bereit said that while ending abortion may seem impossible, “with God anything is possible, so we must pray.”

The Associated Press contributed to this report.