After a period of two years, the operation Ghar Wapsi (Homecoming) started again in Jashpur in Chhattisgarh under the leadership of Bhartiya Janta party leader Prabal Pratap Singh Judev. The prince of the royal family of Jashpur, Prabal Pratap, son of Dilip Singh Judev, reportedly succeeded in converting the 1,200 para-Christians into Hindus on Friday.

It was claimed that these people converted to Christianity due to their low economic and social status.

“After our men and our organization associated with ‘Sangh’ continued to give advice, they realized that they had made a mistake in converting to Christianity,” Prabal Pratap said when speaking to the FPJ. 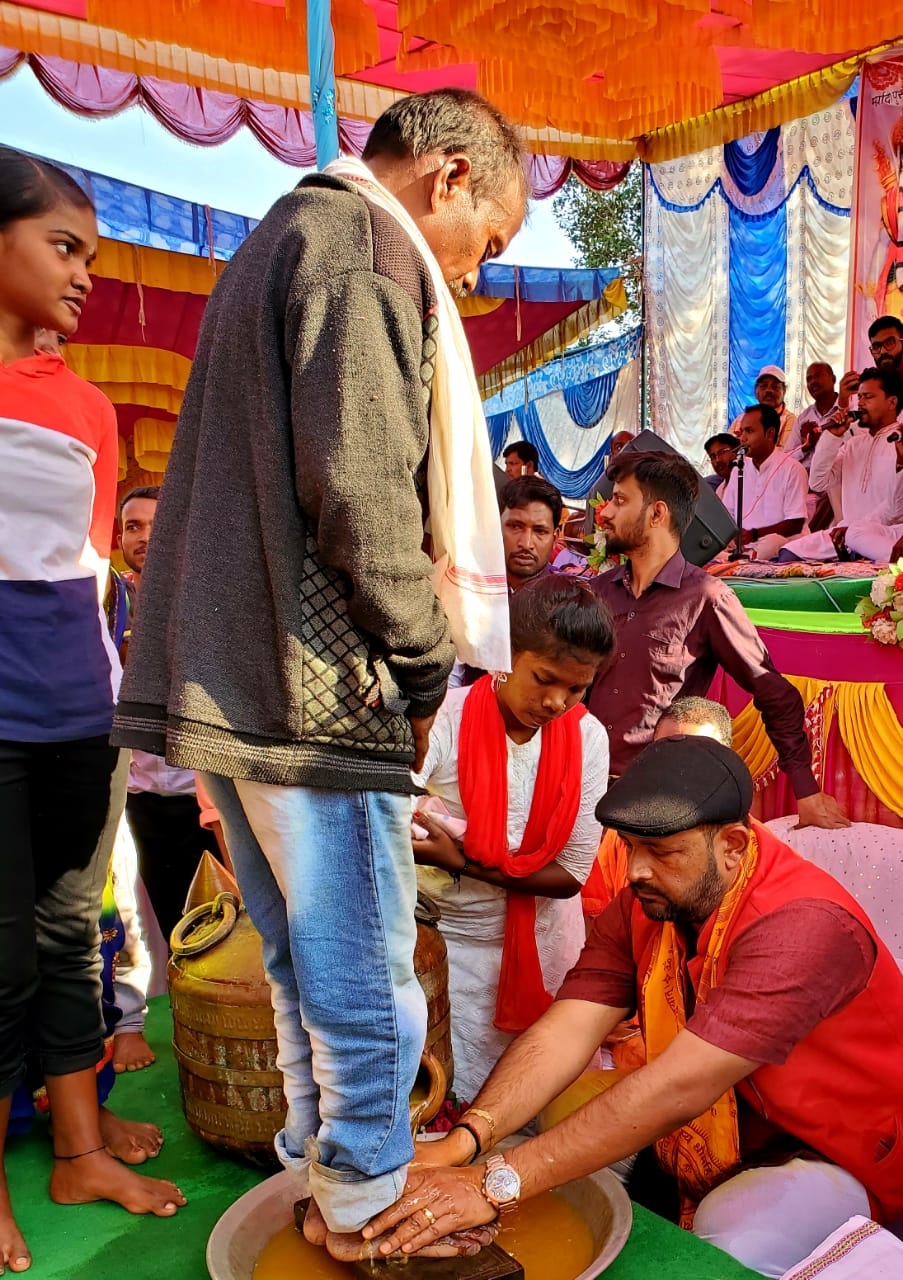 As part of the Ghar Wapsi campaign, a purification process was carried out according to a certain set of rules amid the recitation of the mantra so that families could easily revert to their ancient Hindu religion Sanatan, the prince of the family said. royal of Jashpur.

Bringing people to their own religion is just my motive, said Prabal Pratap.

“Several years ago, when I met Sarsanghchalak Mohan Bhagwat, he asked me to complete the mission started by my father for the protection of Hindus and I am doing my duty by respecting the rules of the government”, he said. -he adds.

These families who returned to their ancient Hindu religion would have been converted to Christianity three generations ago. Up to the time under Baba (Prabal), we have converted 14,000 Christians back to Hindus, said Anil, assistant to Prabal Pratap.

As it had been envisaged earlier that the presence of Mohan Bhagwat, Sarsanghchalak of Rastriya Swayam Sevak Sangh (RSS) in Madkudeep, would definitely rekindle the Hindu forces, a recent event is linked to this, said RD Sharma, a senior journalist. But I don’t think it will benefit BJP in the long run.

At the time of Dilip Judev, they claimed to have converted 6 Christian lakhs back to Hindus, when our population was only 4 lakhs, said the president of the Chhattisgarh Christian Forum (CCF), Arun Pannalal.

Now, again, they will publish staggering retraining figures. In fact, it’s nothing but propaganda that they put their own people under and go for photo ops to impress their bosses, we’re not worried, Pannalal said.